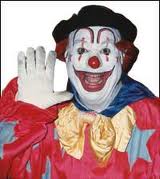 Everyone has seen a clown twisting a single balloon into a dog — but who did it first? The answer, unsurprisingly, is Bev Bergeron, in 1959. But he first came to national prominence a year earlier, in 1958, when he created Rebo the Clown to co-star with Mark Wilson and Nani Darnelle in the television series, Magic Circus and the Magic Land of Allakazam. Rebo was always, and continues to this day, to be a “magical” clown. 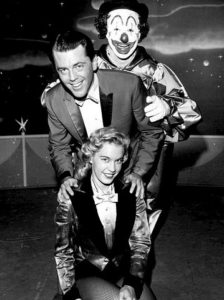 In addition to being a clown, Bev Bergeron is a world-famous magician, with numerous awards including the Lifetime Achievement Fellowship Award given by the Academy of Magic Arts and Sciences in Hollywood, California. He also was elected to the Society of American Magicians Hall of Fame in 1992, and was elected as President of the International Brotherhood of Magicians in 1996. He continues working publicly at Sea World of Florida doing 5 shows a day. 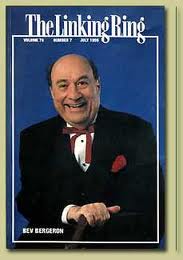 Because of Rebo’s beginnings on television, much of his work is available on videotape at MarkWilsonMagic.com — and, luckily for us, many videos samples are available there to be freely viewed as well. Rebo has done several videos on clowning (Rebo Red Nose clowning, which is a short tape I recommend), as well as several books, which are all available at Mark Wilson’s site, or Rebo’s own site, www.bevbergeron.com.