5 of the scariest clowns in video game history

5 of the scariest clowns in video game history

[Editor’s note: like a lot of professional clowns, I dislike the ‘scary clown’ trope in our society — but that doesn’t make them go away. The following is a list of 5 of the scariest clowns in video games; we need to know what’s out there if we want to counter it with happy, joy-bringing clowns]

Clowns can be both good and evil. In most cases, clowns bring joy to parties and entertain your children. Sometimes, however, clowns terrorize people.

If you’ve been playing video games, chances are, you’ve encountered some of these clowns. With that in mind, here are 5 of the most bloodcurdling clowns in the history of video games.

Needless Kane is the driver of Twisted Metal’s most popular vehicle, Sweet Tooth. Needless Kane is a psychopathic clown who loves murdering others either by running them over with his truck or shooting them with his trusted gun. Needless Kane is a nightmare in his own right, and those who played the original Twisted Metal will know why. His head is permanently on fire, which makes gamers wonder if he’s actually human or a demon sent by the rulers of Hell. His hideous grin is enough to make even a grown man cry. 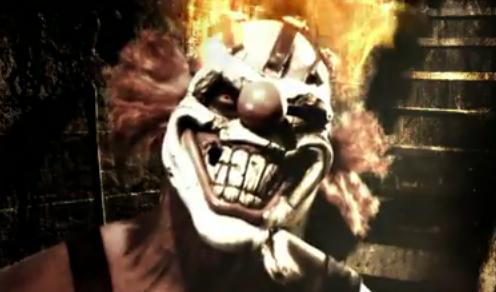 Unicycling Clown is one of Basement Crawl’s playable characters that is nothing short of ghastly. He’s a baby clown that looks really old. He rides a unicycle and likes blowing things up with his joystick. It’s the bizarre combination of things that make up his character that makes Unicycling Clown mysterious and extremely scary.

Kefka is the short-tempered and maniacal antagonist from Final Fantasy VI who can control magic. Pair that with being a psychopath and he is quite possibly the most dangerous clown on this list. He treats others like animals, and finds amusement in the suffering of others. Kefka is the epitome of evil and his cold and calculating nature makes him a nemesis to be reckoned with.

What’s scarier than an angry clown? An angry zombie clown. That’s right. If you’ve ever played the popular FPS shooter Left 4 Dead 2, you’ll know that zombie clowns are difficult to take down due to their agility. They charge at players and attract other zombies because of the noise they make. Up close, they’ll kick and punch survivors until no one is left standing. 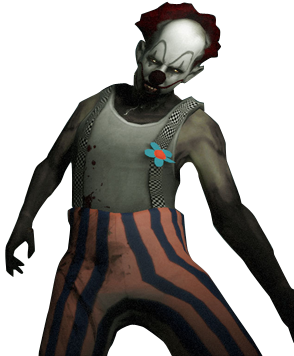 Clowns have always been used in games for as long as we can remember. Whether they’re for good or evil, they’ve always added a bit of spice to the gaming industry. Apart from Twisted Metal, Left 4 Dead, and the other aforementioned games, clowns are also being used as static designs for casual titles. The online game Circus Charlie for the original Nintendo NES features a clown protagonist in each stage of the game. Additionally, Slingo, which is a game that was originally introduced by AOL in 1996, features a clown character on its title Slingo Extreme. All of this proves that clowns are flexible, which is why they can easily fit in any game, but nothing quite gets the blood pumping than a terrifying axe-wielding clown.

Do you have a favorite video game character that’s a clown? Let your voice be heard in the comments section!