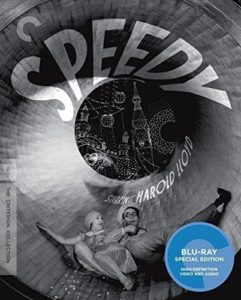 Harold “Speedy” Swift, a fan of Babe Ruth and the New York Yankees, saves from extinction the city’s last horse-drawn trolley, operated by his girlfriend’s grandfather. 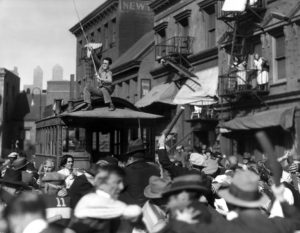 Speedy was the last silent feature to star Harold Lloyd (Safety Last!)—and one of his very best. The slapstick legend reprises his “Glasses Character,” this time as a good-natured but scatterbrained New Yorker who can’t keep a job. He finally finds his true calling when he becomes determined to help save the city’s last horse-drawn trolley, which is operated by his sweetheart’s crusty grandfather. From its joyous visit to Coney Island to its incredible Babe Ruth cameo to its hair-raising climactic stunts on the city’s streets, Speedy is an out-of-control love letter to New York that will have you grinning from ear to ear.