Mario Moreno Reyes (August 12, 1911 – April 20, 1993) was a comedian of the Mexican theater and film industry. His interpretation of Cantinflas, a character originating in the pelado, the impoverished campesino-cum-slumdweller that came to represent the national identity of Mexico, earned him popularity with the common people that he was able to parlay into a long, successful film career that included a foray into Hollywood. Charlie Chaplin once called him “the greatest comedian in the world,” and he is often referred to as the “Charlie Chaplin of Mexico”. 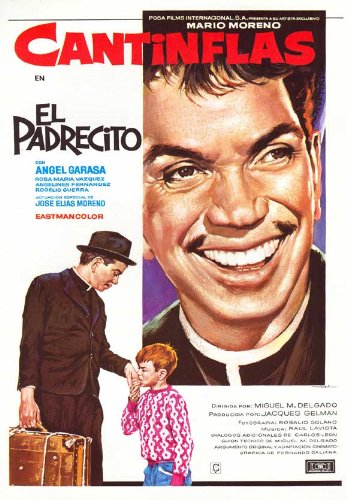 While some of his films were dubbed into English for American audiences, and his work found some favor among the people of France, the wordplay of his Spanish-language humor did not translate particularly well into other languages. However, he was wildly successful in Spanish-speaking Latin America, where he still has many devoted fans.

As a pioneer of the cinema of Mexico, Moreno helped usher in its golden era. His success, as part of Mexico’s cinematic blossoming, helped establish Mexico as the entertainment capital of Latin America. In addition to being a business leader, he also became involved in Mexico’s tangled and often dangerous labor politics. Although he was himself politically conservative, his reputation as a spokesperson for the downtrodden gave his actions authenticity and became important in the early struggle against charrismo, the one-party government’s practice of co-opting and controlling unions.

Moreover, his character Cantinflas, whose identity became enmeshed with his own, was examined by media critics, philosophers, anthropologists, and linguists, who saw him variably as a danger to Mexican society, a bourgeois puppet, a kind philanthropist, a venture capitalist, a transgressor of gender roles, a pious Catholic, a verbal innovator, and a picaresque underdog.

In effect, Moreno was all of these. His character Cantinflas, in attempting to encompass the identity of an entire nation, developed the contradictions and complexities inherent in any attempt to epitomize a country as complex and contradictory as Mexico.